My intentional living story. Perhaps it will inspire yours? 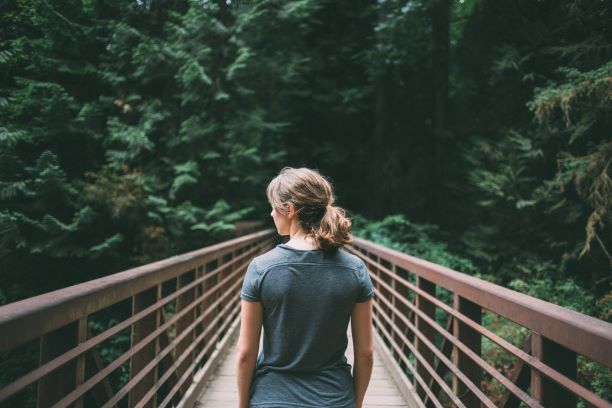 Living an intentional life can mean different things to different people. But I think the easiest way to picture it, is this:

Imagine you are holding a giant animated flip book of your life.

When you pick any one page, you cannot tell exactly what the story is about, or what direction it is heading. But if you slowly flip the pages over from start to end, the story unfolds. Each page contributing to the bigger picture. The story of your life playing out before your eyes.

Now ask yourself this – did you have some idea of where the story was heading? Or did pages take unexpected turns, zig-zagging wildly and sometimes turning back on themselves?

Now, there is nothing wrong with living a path that meanders in and out of the unexpected, changing the story as it goes. But this isn’t living with intention.

What does intentional living mean?

Before I share my intentional living story, let’s look a little deeper at what it does mean.

But what the heck is intentional living, and how do you do it?

The definition of intention.

The word intention means done on purpose or deliberate (Oxford), planned or intended (Cambridge), or perhaps more apt for this context, doing something by design (Merriam-Webster).

So there are two aspects here. The “doing” bit is easy, you need to intend to do something and then do it. But the second aspect is a little trickier. What exactly are we doing on purpose?

This is where it’s important to know what your own guiding principles in life are. What values you base your decisions on. Because this helps us set upon a path that has meaning to us and reflects how we see ourselves.

Intentional living really means when we act from a place of intention, rather than habit.

So, because of these two aspects, there are two ways intentional living is manifested. The first is in a big bang kindof way. A fork in the road. And these are often life-altering. They change your path forever and they can feel like great big sign posts throughout your life, marking out the direction you chose.

Intentional living can be big life-changing decisions and it can be small everyday choices.

If happiness, just pure everyday happiness, is something I want to prioritise, I might make a big life choose between a high paid job that is draining me, or a more simple life, on a budget, but where I am more free to explore my surroundings and get into nature.

But in my everyday life what am I doing to prioritise happiness? Am I consciously choosing my thoughts, reading positive affirmations and committing, planning to be happy that day? Am I doing anything intentional to show the world that happiness is important to me, that I value it?

There’s nothing special about my story, but sometimes hearing someone else’s can help you understand your own better.

It would be fair to say, I coasted through most of my teenage years with no idea what I stood for or where I wanted my life to head. But my first “big bang” definitely shaped my life and kept me on track in further years.

I was 19 when I joined the Navy. Pretty much just following my best friend and her dream as I was drifting around, yet to find my feet. Within the first few months, I noticed a common theme throughout many of the sailors I served with. Although some were, of course, in love with the job, there seemed just as many that would say “if it weren’t for the money, I’d be outta here”. And they were unhappy. And they were bitter.

And I said to myself, in those first few months, “if I’m ever here just for the money – it’s time to leave”. Maybe I didn’t know my direction just yet, but I knew that wasn’t how I wanted to live my life.

Fast forward a few years, I had commissioned to become an officer, which I was very proud of. I gained a scholarship to university, and was being paid a decent salary to attend (as well as the scholarship paying my fees). I had subsidised accommodation, free flights home once or twice a year to see my family (in exchange for some local high school PR work) and I was VERY UNHAPPY.

It just wasn’t me.

These are the times when you have to look pretty hard in the mirror and ask yourself the tough questions. I had reached that point. The only thing keeping me there was the money. It was time to go.

This is the first major sign post in my life that marked my intentions. What I wanted my life to mean. I would not put money ahead of my happiness.

By now “my” had become “we”, and our little family had doubled in size to four. We had already had many conversations about the direction we were going, and the general idea was a dream in the future of less working hours and more time to see the kids grow up. For both of us.

We had been doing what most other families do, chasing pay rises and trying to pay off our mortgage for that future moment when we could step back and live off less money. And then an opportunity knocked on our door.

(Well, I think my husband had been stalking it for a few months!).

He had become increasingly unhappy in his retail job, and had thrown an absolute left-field idea out of becoming a firefighter. In hindsight, it wasn’t so left-field as his Dad had been a firefighter and was still a volunteer, but my husband had never even considered the idea until now.

It was shift work, and it did start off with 3 months away from home for training, AND it was a big drop in his salary. BUT. He would have a lot more time off overall. He would have extra days off, meaning he could be at the kids sports, swimming and assemblies. It meant he would – mostly – be home for at 5.30 for dinner (rather than the kids eating first, and then us eating later when he got home from his retail job). And it meant he’d be happy. 🙂

It was a no-brainer for us!

I’ve told this story before, because I think it’s such an important lesson to learn. Knowing what your ‘why’ is. If you know what your deep down, absolutely genuine ‘why’ is, decisions become much easier.

How can I be more intentional?

For a decade now these decisions have helped us build our own story. It has helped my husband and I when I took maternity leave, and returned to work at half the time (and money). In making decision around budgets, and, of course, career changes.

It helped me when I launched my Manifest Your Vibes clothing brand – to build a business with its roots based in INTENTION.

And now it is helping me to build my blog. A blog to help you live a life that reflects who you are on the inside, not just following the well trodden path because that’s what everyone else is doing.

What does living an intentional life mean? It means living each and every day on purpose. According to your values and your beliefs. It means knowing why you’re showing up and knowing where you’re heading.

I thank you from the bottom of my heart if you’ve read all the way to this point. This is my own, personal, intentional living story and I’d love to hear yours!

Use guiding principles to avoid uncertainty and indecision!

How to journal + make a daily habit of it!

Living outside of the box + how to know if you are!

What is personal development (and what it’s not!)
Posted in Chasing Dreams, Intentional Living, Uncategorized I’m Francesca and I am the author/owner of a different everyday life. I live what you’d call an ordinary life and I love it! I didn’t settle for it. I chose it. And I want to show you how to find your happiness too.